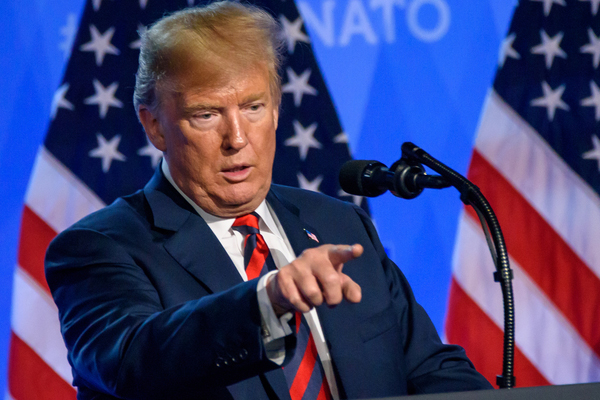 When President Donald Trump told reporters outside of Marine One he “didn’t like” firearm suppressors earlier this week, it was worrying.

Frankly, the hope was it was just another fluke.

But then, the President appeared on notoriously anti-gun Piers Morgan’s show in the UK promising to look into a ban on suppressors here in the U.S.

Please sign your emergency Presidential Petition to Donald Trump urging him to REJECT the liberal media and oppose any new ban on firearm suppressors.

Sadly, this is just the latest in a series of actions by the President against the Second Amendment.

When will President Trump finally realize that attacking the very Second Amendment supporters who propelled him to the White House in 2016 is NOT a wise strategy for 2020?

After all, if President Trump abandons gun owners again, the alternative we might end up with come 2021 will be FAR worse.

Frankly, we need him with us, and you can help.

Please sign your emergency Presidential Petition to Donald Trump urging him to REJECT the liberal media and oppose any new ban on firearm suppressors.

Your National Association for Gun Rights will deliver each and every petition signed to the White House in REAL TIME.

For some, this latest development will be hard to believe.

So, here’s the White House’s official transcript of the President’s Remarks on Sunday: 5

And, here’s President’s DIRECT quote from his interview with Piers Morgan last night:

Morgan: There’s just been another massacre in Virginia Beach where the shooter used a silencer. What is your view of silencers?

Trump: Well, I’d like to think about it. I mean nobody’s talked about silencers very much. They did talk about the bump stock and we had it banned, and we’re looking at that, I’m going to seriously look at it.

It’s imperative that the President be reminded where his base stands on the Second Amendment.

He needs to be reminded of the hundreds of thousands of NAGR members and supporters like you who fought just a few years ago to deregulate firearms suppressors with the SHUSH Act.

He needs to be reminded of how Republicans — who squandered their chance with Congressional majorities to pass pro-gun legislation in 2017 — were CRUSHED in 2018.

We simply cannot afford to see a repeat of that in 2020.

That’s why we need you to sign your emergency Presidential Petition to Donald Trump urging him to REJECT the liberal media and oppose any new ban on firearm suppressors.