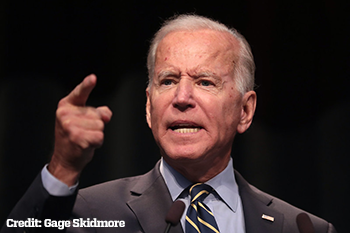 At a rally for the Democratic National Committee in Rockville, Maryland, President Joe Biden made a promise.

That promise, last Thursday, was to ban so-called “assault weapons” nationwide, if the Democrats can increase their majorities in November.

“We just passed the first significant gun safety legislation in 30 years in this country. And I promise you, we’re not stopping here. I’m determined to ban assault weapons in this country. I did it once before, and we will do it again…”

Read more at The Independent.