CDC Removed Defensive Gun Use Stats After Pressure From Anti-Gunners 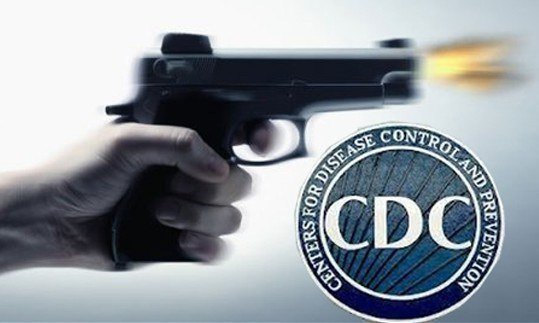 The Centers For Disease Control (CDC) deleted a reference to a study it commissioned after a group of gun control advocates complained it made passing new restrictions more difficult.

According to The Reload, last summer, the CDC and gun control advocates held a meeting and exchanged a collection of emails, discussing a review of studies of defensive gun uses.

The CDC initially estimated between 60,000 and 2.5 millions instances of defensive gun uses (GDU) per year, and posted that stat to their website under “fast facts.”

One of the gun control attendees of the meetings claimed, “That 2.5 million number needs to be killed, buried, dug up, killed again and buried again. It is highly misleading, is used out of context and I honestly believe it has zero value – even as an outlier point in honest DGU discussions.”

Bryant runs the “Gun Violence Archive” and argues the estimate has been damaging to the political prospects of passing new gun restriction and should be eliminated from the CDC’s website.

Despite initally standing behind the stat on the website, the CDC backtracked after a virtual meeting was held with the gun control advocates in September of 2021.

The decision to remove a CDC-commissioned report from the agency’s website on gun statistics at the apparent behest of gun control advocates may further strain its relationship with Congressional overseers, especially pro-gun Republicans.

During the 1990s, Congress put restrictions on CDC funding in response to officials openly working with gun-control groups to try and ban handguns.

A criminologist working with the CDC on the study, Gary Kleck, claimed the “CDC is just aligning itself with the gun control advocacy groups. It’s just saying: ‘we are their tool, and we will do their bidding.’ And that’s not what a government agency should do.”

The CDC did offer their justification for removing the stat from their website, saying “the agnecy removed the range of DGU estimates because of the ‘very wide range’ might ‘raise more questions than it answered.'”

Kleck didn’t buy it, rebutting, “The justification for keeping any defensive gun use estimates out in order to keep a fact sheet succinct, it’s just another way of saying we can’t afford to even put one sentence in about the most frequent violence-related use of firearms, that the factsheet is not in any way harmed by including this fact.”

Furthermore, he added, “you can’t understand any significant aspects of the gun-control debate once you eliminate defensive gun use. It becomes inexplicable why so many Americans oppose otherwise perfectly reasonable gun-control measurements. It’s because they think it’s gonna lead to prohibition, and they won’t have a gun for self-defense.”

Read more at The Reload.