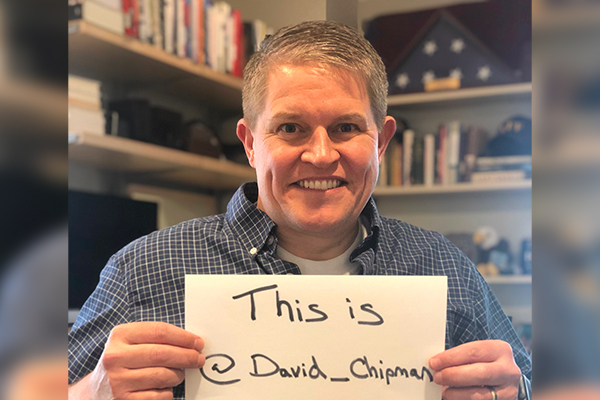 Few things are more loathsome in the gun rights community than the Bureau of Alcohol, Tobacco, and Firearms (also known as the ATF, of course).

In fact, we’d argue that when it comes to the Second Amendment, there is nothing worse than a federal agency dedicated to punishing citizens for exercising their rights.

Appoint a rabidly anti-gun director to said federal agency, and you’ve got a complete team of freedom-hating little go-getters primed to enforce all of the gun control a Democrat can dream of – which is exactly what President Joe Biden wants to do.

On Thursday, April 8th, President Biden nominated David Chipman to be the ATF’s first permanent director in six years (since 2015, the ATF has only had acting directors).

To understand Chipman’s stance on the Second Amendment, one need look no further than his credentials as a senior policy advisor at Giffords and his 25-year tenure as an ATF agent.

But in the interest of being thorough, we dug deeper and found numerous quotes from David Chipman to further solidify his status as a gun control nut.

Ramblings of a Gun Control “Expert”

In an “Ask Me Anything” forum posted online last year, Mr. Chipman put his anti-gun ramblings on display for all to see.

We sifted through this mess and picked out some of his worst comments on gun rights – including support for Universal Gun Registration, “Red Flag” Gun Confiscation, magazine bans, and more.

Right off the bat, David Chipman blatantly advocates for ALL gun sales to go through an FFL where a background check is required.

To be clear, he is calling for private transfers to require a background check – something we refer to as Universal Gun Registration.

He then expanded on his support for Universal Gun Registration by casually suggesting that people who fail a background check ought to be arrested.

Then, Chipman goes on to state that civilians owning what he refers to as LCMs (large-capacity magazines) is “INSANE.”

He also advocates for banning the sale of so-called “assault weapons” and requiring currently-owned guns to be licensed under the NFA.

This is eerily similar to a policy proposed by the Biden administration which would require commonly-owned semi-automatic rifles to be licensed under the NFA with a $200 tax.

The Cherry on Top

To top it all off, David Chipman recalls one of his favorite things about working with Gabby Giffords:

We’re honestly not surprised that a senior policy advisor for Giffords and 25-year ATF agent would openly advocate for restricting gun rights.

We’re also not surprised that President Biden would favor someone as anti-gun as David Chipman to enforce his tyrannical agenda.

Nevertheless, your National Association for Gun Rights will continue to fight President Biden’s never-ending schemes to strip us of our Second Amendment rights.