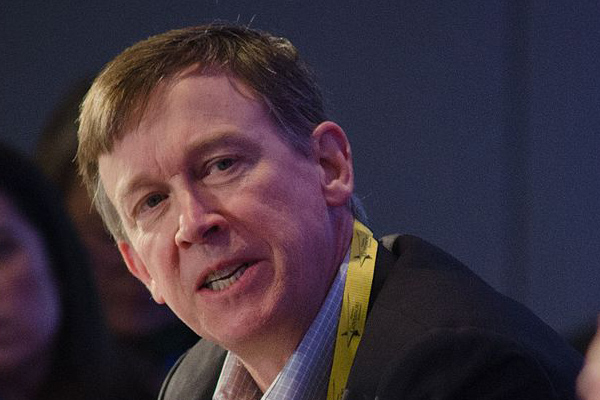 In an effort to break out from the pack of dozens of Democratic candidates vying for the 2020 Presidential nomination, former Colorado Governor John Hickenlooper recently laid out his radical anti-gun agenda.

As reported by the Denver Post, Hickenlooper announced a plan imposing a massive licensing scheme on all American citizens, requiring them to jump through expansive bureaucratic hoops in order to simply purchase a firearm.

Although he is portrayed as a moderate, Hickenlooper’s demand of a federal license to purchase a firearm proves that his total disregard for the Second Amendment places him amongst the most extreme of the Democratic hopefuls.

While Hickenlooper is a lesser known Democratic candidate, his anti-gun views are old news to the National Association for Gun Rights. In fact, NAGR has been fighting Hickenlooper’s gun grabs for years.

While Governor of Colorado, Hickenlooper signed into law a sweeping gun control package that included limitations on magazine capacity and a ban on private firearms sales.

Rocky Mountain Gun Owners, an affiliated state group of the National Association for Gun Rights, launched a legal counterstrike to Hickenlooper’s gun grab. RMGO’s appeal has made it all the way to the Colorado Supreme Court.

To make matters worse, Hickenlooper is pushing dangerous “Red Flag” Gun Confiscation laws which allow government SWAT teams to seize a law-abiding citizen’s firearms based on a mere accusation from an anti-gun neighbor, relative, or ex-spouse without any form of due process.

With such a massive list of anti-gun proposals, it is clear that John Hickenlooper is no moderate when it comes to his stance on the Second Amendment.

Thankfully, the National Association for Gun Rights has an extensive track record of fighting against Hickenlooper’s gun control, and will not be fooled by any anti-gun candidate.