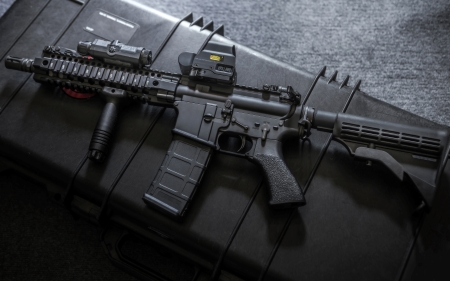 The so-called “Assault Weapons Excise Act,” has been introduced in the U.S. House by Rep. Don Beyer (D-VA).

In its current form, the bill would impose a 1,000% tax on the manufacturer, importer, or producer of so-called “assault weapons” and standard capacity magazines.

Since the media and gun grabbers claim these to be “military-style” weapons, there is a carve out for law enforcement and military.

A simple 50-vote majority in the Senate could pave the way for this unconstitutional gun control, because the bill qualifies as a revenue measure via reconciliation.

Since Senate Democrats don’t have 60 votes in the U.S. Senate to get a so-called “assault weapons” ban to President Biden’s desk, they’re seeking this as their path forward to banning modern sporting rifles, and America’s most popular rifle.