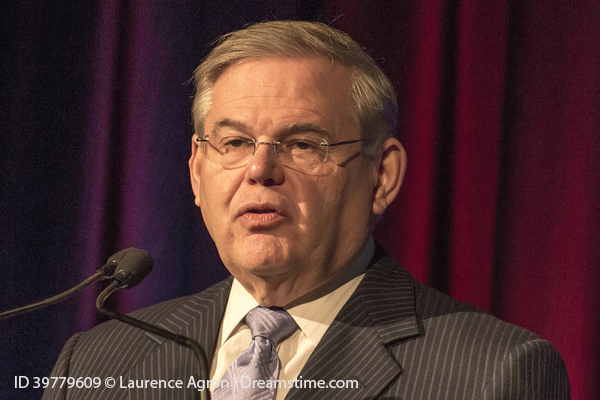 On Friday, June 21st, alongside Moms Demand Action extremists, Senator Bob Menendez (D-NJ) introduced a bill that would ban and confiscate the firearms safety accessories known as “silencers” or “suppressors.” Capitalizing off of the Virginia Beach tragedy, Sen. Menendez is furthering the lie that suppressors must be banned to keep Americans safe – even though suppressors are heavily regulated by the ATF and actually protect law-abiding gun owners.

As is typical for all anti-gun legislation, Sen. Menendez’s bill is also fueled by leftist Hollywood misinformation rather than an actual understanding of firearms. “The sound of gunshots is what tells you that your life is in danger.” Sen. Menendez claimed in his own press release.

The truth is suppressors do not completely silence firearms. Not even close.

A modern sporting rifle or handgun equipped with a suppressor still fires at 134 decibels, about the same sound as a jackhammer on a construction site rather than the near silent whisper that is often portrayed in spy movies.1
Suppressors are safety tools which reduce the overall noise of a firearm and prevent permanent hearing damage in hunters and sportsmen.

Moreover, NAGR fully supports the Silencers Helping Us Save Hearing Act, or SHUSH Act, which was introduced by Senator Mike Lee (R-UT) and Rep. Steve King (R-IA) earlier this year.

This common sense and 100% pro-gun bill will remove suppressors from the National Firearms Act and completely remove these safety features from all federal regulation – treating them like the accessory they are.