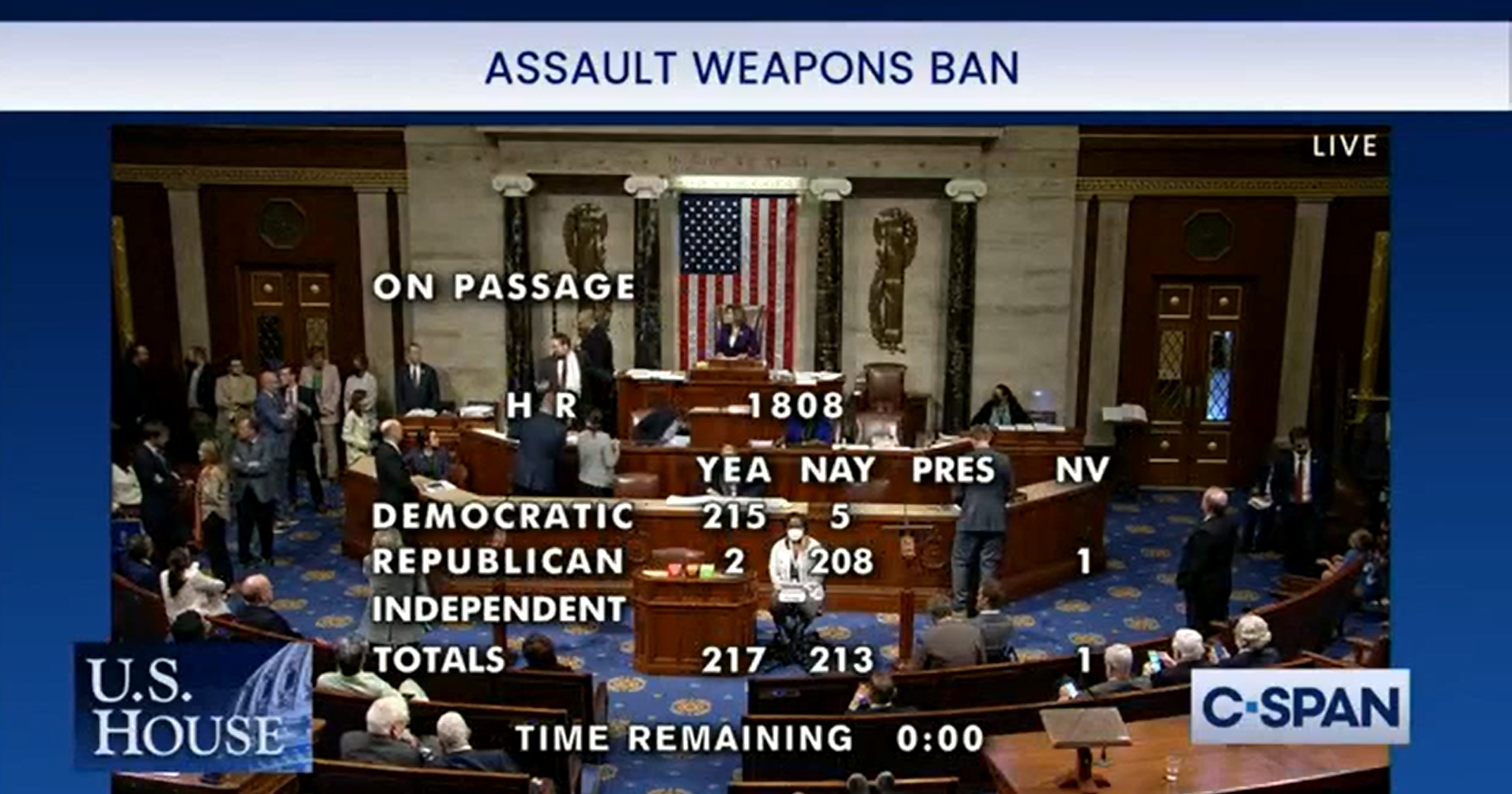 A California-style gun ban is one step closer to going national.

Just before jetting off on a month long vacation, Nancy Pelosi and the House Democrats wanted to capitalize on the opportunity to trample on law-abiding American gun owners.

This bill would ban commonly-owned rifles, shotguns, and handguns based solely on cosmetic features.

And it was only a few weeks ago that 15 “Republican” Senators caved and voted to send a massive gun control package to President Biden’s desk.

That is why the threat of H.R. 1808 must not be taken lightly by law-abiding gun owners.

The first step to fighting back is to flood the Senate with petitions from angry pro-gun voters like you.

So as Congress enters their tax-payer funded summer recess, it’s time to double down the pressure on the U.S. Senate by signing your “No Assault Weapons Ban” petition immediately.