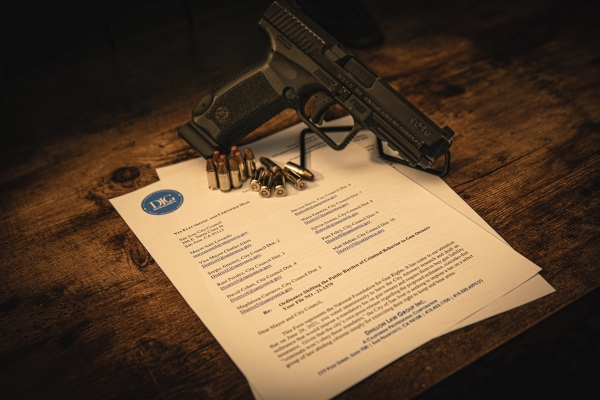 San Jose’s first-in-the-nation gun insurance mandate was supposed to go into effect this fall, but with three pending lawsuits questioning the law’s constitutionality, city officials now expect the controversial ordinance to be delayed until at least 2023.

But shortly after the San Jose City Council’s historic vote, a lawsuit was filed in federal court by the National Association for Gun Rights and San Jose resident Mark Sikes.

The ordinance was supposed to go into effect August 8 with a 30-day window to allow gun owners to purchase insurance. But on July 1, the city manager’s office suspended the implementation for the foreseeable future, according to a recent city memo.

Read more at The Mercury News.